The insurer agreed to pay a 10 percent penalty and disallow more than $400 million in foreign tax credits as part of the long-running lawsuit, the acting U.S. attorney for the Southern District of New York said Friday in a statement.

The settlement resolves a U.S. investigation into the shelters, which prosecutors said allowed the insurer to generate phony foreign tax credits and reduce its U.S. taxes. AIG filed a suit in 2009 seeking a refund based on claimed credits for 1997. The U.S. said the transactions “lacked any meaningful economic substance” or legitimate business purpose. 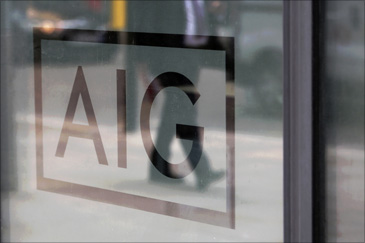 “AIG created an elaborate series of sham transactions that were designed to do nothing — and in fact did nothing — other than generate hundreds of millions of dollars in ill-gotten tax benefits for AIG,” Audrey Strauss, the acting U.S. attorney in Manhattan, said in the statement.

Under the settlement, AIG agreed that all of the foreign tax credits it claimed from seven transactions would be disallowed. The deal permits AIG to keep some income expense deductions tied to six of the transactions and to subtract some of the amounts from its taxable income, according to the statement.

“After already reaching and disclosing our January 2018 agreement in principle regarding these transactions that date to the 1990s, we are pleased to put this long-standing matter behind us,” Claire Talcott, a spokeswoman for AIG, said in an emailed statement.