KPMG International has re-elected William Thomas to a second term as global chairman and CEO of the Big Four firm after a unanimous vote.

Thomas was first appointed to the job in 2017 and has overseen the development and implementation of KPMG’s global strategy while also steering the firm through a series of upheavals from the COVID-19 pandemic and accounting scandals involving clients like Carillion and Ted Baker in the U.K. and companies owned by the Gupta family in South Africa, along with an audit inspection scandal in the U.S. involving officials at the Public Company Accounting Oversight Board. 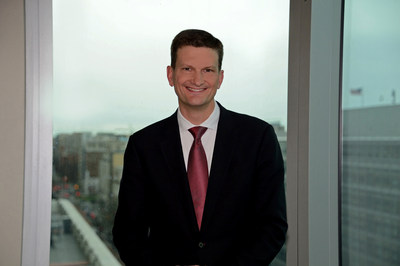 Thomas has overseen changes at the firm in response to those upheavals, along with a roadmap to achieving KPMG’s ambition to become the most trusted and trustworthy professional services firm and translate that into growth. KPMG has initiated a $5 billion digital strategy investment plan and expanded several alliances. Thomas has also been working to expand diversity and inclusion throughout the firm and advanced KPMG’s approach to environmental, social and governance reporting.

“I am deeply honored that KPMG’s global board, confirmed by the global council, have asked me to continue to serve as global chairman and CEO,” Thomas said in a statement Thursday. “In this critical moment, as our firms, clients and societies are facing some of the most challenging circumstances in a generation, it is imperative that KPMG continues to drive forward with our strategy. We must work together with all of our stakeholders as we chart a path toward recovery and growth. As we have done since I took on this role, we will focus on building trust.”

Before becoming global chairman and CEO, Thomas was chairman of KPMG’s Americas region from 2014 to 2017 and was previously CEO and senior partner of KPMG in Canada from 2009 to 2016. He has been a member of KPMG’s global board since 2009.