Sonu Sood’s autobiography to be titled I Am No Messiah : Bollywood Information

The Internal Revenue Service said Friday it would restart issuing its 500 series of balance-due notices to taxpayers later this month after they were paused on May 9 due to the COVID-19 pandemic.

While the IRS continued to issue most of its notices, the 500 series was temporarily suspended because of a backlog of mail that built up at the IRS while many employees were away from agency facilities due to COVID-19. The IRS came under fire earlier this year for issuing balance due notices with the incorrect dates to taxpayers during the pandemic and agreed to stop sending the notices until it caught up with its backlog of unopened mail (see story).

The IRS said Friday that it has now caught up enough with its mail backlog to account for payments that are mailed on a timely basis. Some taxpayers will start seeing updated 500 series notices with current issuance and payment dates in late October or early November.

The 500 series of balance due notices includes three different types of notices that warn taxpayers about different stages of nonpayment: the CP501, the CP503 and the CP504. 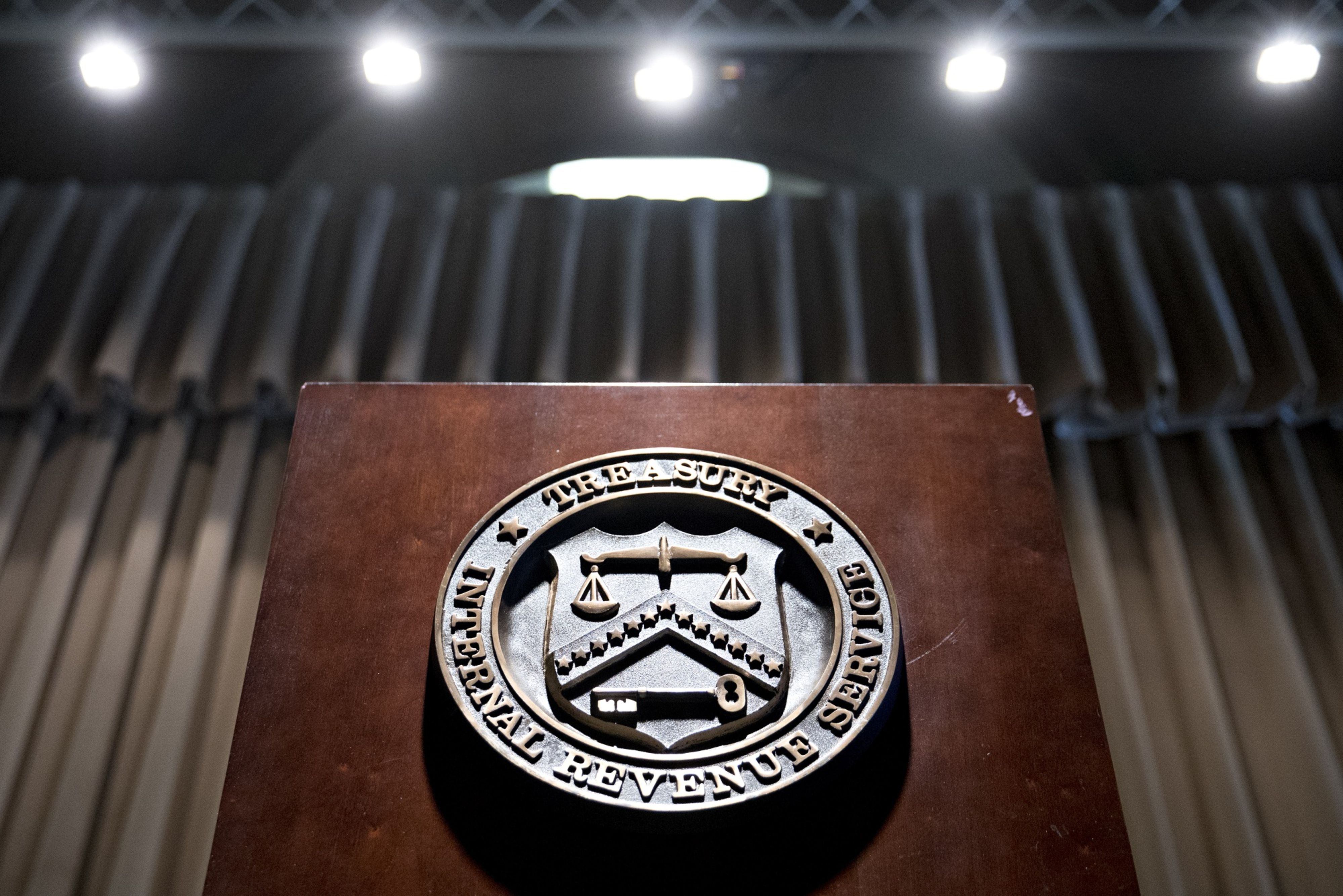 The seal of the Internal Revenue Service hangs on a podium during an IRS Criminal Investigation 100th year anniversary event at the IRS headquarters in Washington, D.C.

The CP501 notice tells taxpayers they still have a balance due and what their options are, while the CP503 lets them know the IRS hasn’t heard from them yet and they may be subject to a tax lien if they don’t pay their taxes. The CP504 alerts taxpayers they need to pay their balances immediately or face the possibility of a levy of their state income tax refunds. The 500 series of notices are typically sent to taxpayers if they don’t respond to or pay their initial notice and demand on the CP14 letter.

Despite the resumption of the notices, the IRS is still in the process of catching up on millions of pieces of unopened mail, prompting a letter this week from Democrats on the House Ways and Means Oversight Subcommittee asking if the IRS will be ready in time for next tax season (see story). They also asked the IRS this week about why it was sending out notices revoking the tax-exempt status of over 30,000 nonprofits despite an extension it was supposed to have granted them for filing the Form 990 during the pandemic while it’s in the midst of processing the backlog of unopened correspondence. Earlier this month, IRS Commissioner Chuck Rettig told another House oversight subcommittee that the IRS was still processing 5.3 unopened million pieces of mail, including 2.5 million paper tax returns.

The IRS is encouraging taxpayers who can’t pay to consider some of the available payment options while penalties and interest continue to accrue.

The IRS noted that taxpayers who were affected by the pandemic or other circumstances may qualify for relief from penalties due to reasonable cause if they’ve made an effort to comply with the requirements of the law, but couldn’t meet their tax obligations, due to facts and circumstances beyond their control. Taxpayers should call the toll-free number listed on their notice to ask for penalty relief due to reasonable cause if they believe they qualify and have the supporting documentation to prove it. More information on reasonable cause relief can be found on a page at IRS.gov. Payment options and extra information can also be found on another page of IRS.gov.