The heirs of Samsung Electronics Co. Chairman Lee Kun-hee, who died Sunday, could face billions of dollars in inheritance taxes. But that doesn’t necessarily mean they’ll have to cede control over the group by selling shares.

South Korea’s richest man had an estimated fortune of $20.7 billion, with the bulk of it composed of his stakes in four Samsung units, according to the Bloomberg Billionaires Index. With the country’s levy of as much as 60 percent on inherited shares for large shareholders and 50% on real estate and other assets, Lee’s family could owe a tax bill of about $10 billion — which could be Korea’s largest — based on Friday’s closing prices.

The heirs are unlikely to sell stock to finance the charge, according to Chung Sun-sup, chief executive officer of Seoul-based corporate-analysis firm Chaebul.com. On Monday, speculation that Samsung Group companies will increase dividends to help pay for it lifted their shares. 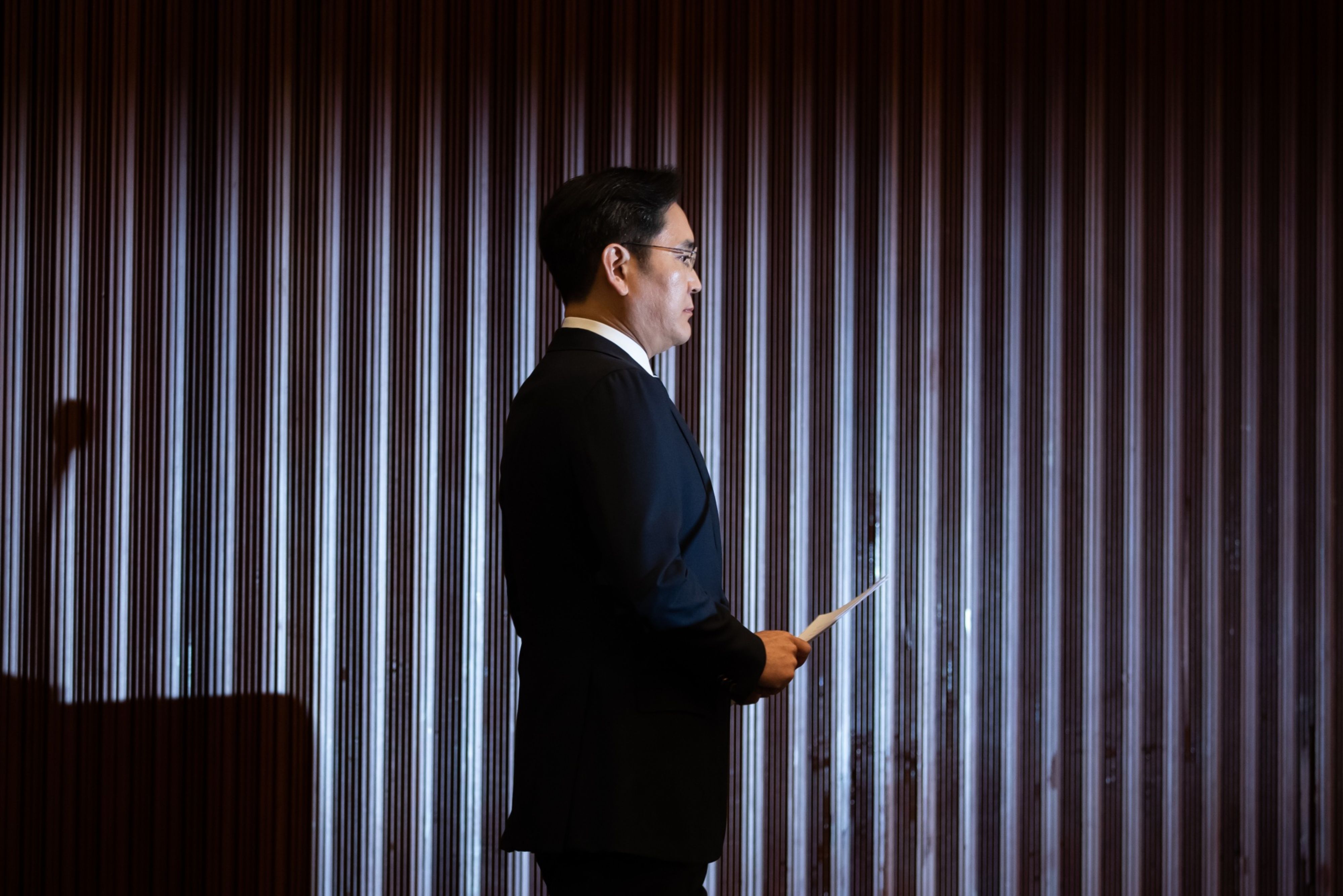 “Share sales can cause trouble as they would reduce the family’s control over the group. No conglomerates would do so,” Chung said. “Instead, most of them opt to make the cash payment over five years. Cash can be prepared through means such as dividends or salaries.”

That’s how Chairman Koo Kwang-mo, who took over the reins of LG Group in 2018 after his father’s death, is doing it: He and family members are paying their 921.5 billion won ($817 million) inheritance tax over five years.

While Samsung Electronics declined to comment on how the family plans to pay and split the fortune, it said “all taxes related to the inheritance will be transparently paid as required by law.”

Lee’s stakes included a 4 percent holding in the world’s biggest producer of smartphones, televisions and memory chips and 21 percent of Samsung Life Insurance Co., which owns the second-biggest chunk of Samsung Electronics.

His only son, Jay Y. Lee, has been leading the conglomerate since a heart attack incapacitated his father in 2014. Should he inherit all of the late leader’s shares in Samsung Electronics and Samsung Life Insurance, he may use dividends and financing from family members to prepare for the tax payment, said Jongwoo Yoo, an analyst at Korea Investment & Securities.

“It’s uncertain how much cash assets the family holds now, but dividend income won’t be enough to cover the tax charge,” he wrote in a note. “Therefore, it’s also highly possible that the family will rely on personal financing.”

The younger Lee is mired in legal troubles linked to a controversial merger of two Samsung affiliates in 2015 that cemented his control of the group. While he holds less than 1 percent in Samsung Electronics, through the union he secured a 17 percent control in Samsung C&T Corp., which in turn directly owns 5 percent of the tech company.

Lee is awaiting a final ruling on a bribery case that sent him to prison in 2017, and he’s facing a separate trial on financial-fraud charges including stock-price manipulation to facilitate his succession. While he has denied any wrongdoing, he made a personal apology for the recurring corruption scandals at Samsung and pledged not to hand down leadership to his children.

“I give my word here today that from now on, there will be no more controversy regarding succession,” Lee said at a press conference in May. “There will absolutely be no infringement against the law.”

Samsung is the latest among a growing number of powerful Korean family-run conglomerates transitioning to the next generation. Earlier this month, Hyundai Motor Group named Euisun Chung as chairman in a move that completed his takeover of all top titles from his father.

The heirs will need to prove how they can bring changes as the so-called chaebols have often come under fire in recent years following a series of corruption scandals, according to Chaebul.com’s Chung.

“So it’s important to see how the Samsung family will take care of the inheritance issue,” he said.