SS Rajamouli’s period drama, RRR, starring Jr. NTR and Ram Charan is easily the most awaited films across the country and the team resumed shooting in October end after a seven month long gap due to coronavirus. The movie also features two Bollywood names, Ajay Devgn and Alia Bhatt, whose presence is expected to draw audiences in the Hindi belt. Bollywood Hungama has now discovered that SS Rajamouli has got another Bollywood name on board, thereby making the project even hotter. 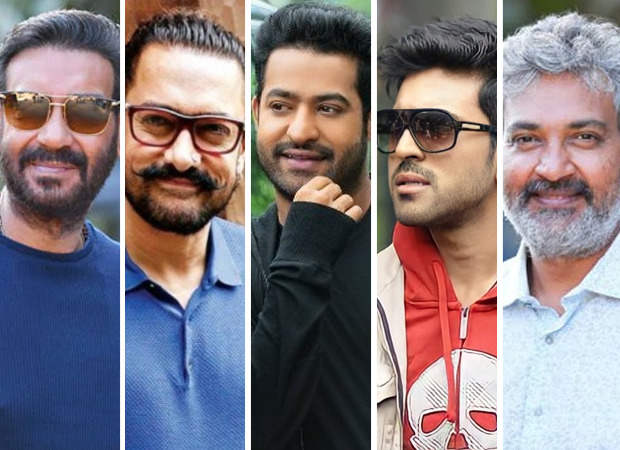 “Aamir Khan has verbally agreed to give a voice-over all through the film to narrate the era and also introduce audiences to the world of Jr. NTR and Ram Charan. His voice over will be used not just in the film, but also in the trailer, thereby giving it a pan-Indian reach as far as Hindi belt is concerned. With Ajay Devgn, Alia Bhatt and Aamir Khan, it has just become a AAA project with 3 Bollywood A-Lister alongside south giants,” a source said.

Aamir Khan has been keen to make Mahabharata since last 10 years and has been in talks with SS Rajamouli and his father, KV Vijayendra Prasad to develop a screenplay and bring the epic to the big screen. Collaborating with just a voice-over might certainly be a step forward in right direction with the two giants of Hindi and Southern industry collaborating to make the biggest story in history of Indian cinema – Mahabharata – on a scale like never before.

Also Read: Team RRR shares some candid pictures of Jr. NTR and Ram Charan on the occasion of Diwali