The U.K. financial regulator is investigating 14 firms and six individuals over their roles in the tax scandal known as Cum-Ex, according to a person with direct knowledge of the cases.

The Financial Conduct Authority is looking at firms that operated dividend-stripping schemes in Denmark, Germany, France and Italy, said the person, who asked not to be identified because the investigations are private. The regulator has been quiet about its plans since February, when one official said a decision on whether to pursue Cum-Ex cases was imminent.

The controversial practice — where shares were traded rapidly to earn duplicate tax refunds on dividend payments — has spawned investigations throughout Europe. Danish prosecutors in recent weeks have stepped up attempts to interview London traders over what they knew about Cum-Ex.

The person familiar with the probe didn’t identify the firms or individuals being investigated. A spokeswoman for the FCA declined to comment.

Mark Steward, the FCA’s head of enforcement, said in February that the regulator had been working with European authorities to investigate what he called “substantial and suspected abusive share trading in London’s markets.”

While he said that the investigations were “very close to their conclusion and decisions about action are imminent,” the coronavirus pandemic has pushed back timetables.

Although U.K. taxpayers weren’t harmed by Cum-Ex transactions, many of the deals were carried out by traders working at financial institutions in London regulated by the British authorities. At a German trial earlier this year, two former London traders were convicted of aggravated tax evasion.

Matthew Banham, a lawyer at Dechert in London, said that the Cum-Ex cases could eventually leave the same sort of “stain” on the financial industry as previous scandals related to the rigging of FX rates and Libor.

“If the FCA can find the evidence then they have ample powers to bring action against those firms and individuals involved in abusive share trading,” said Banham, who specializes in investigations and regulatory issues.

The FCA investigations could still be at an early stage as lawyers for traders caught up in other countries’ probes said their clients haven’t been contacted by the U.K. regulator.

Danish officials, however, have contacted several traders who previously worked at large London banks, according to people familiar with the probe. The people are being sought as witnesses at this point and aren’t considered suspects.

Prosecutors have seized Sanjay Shah’s London mansion and other assets over allegations that he illegally claimed duplicate tax refunds. 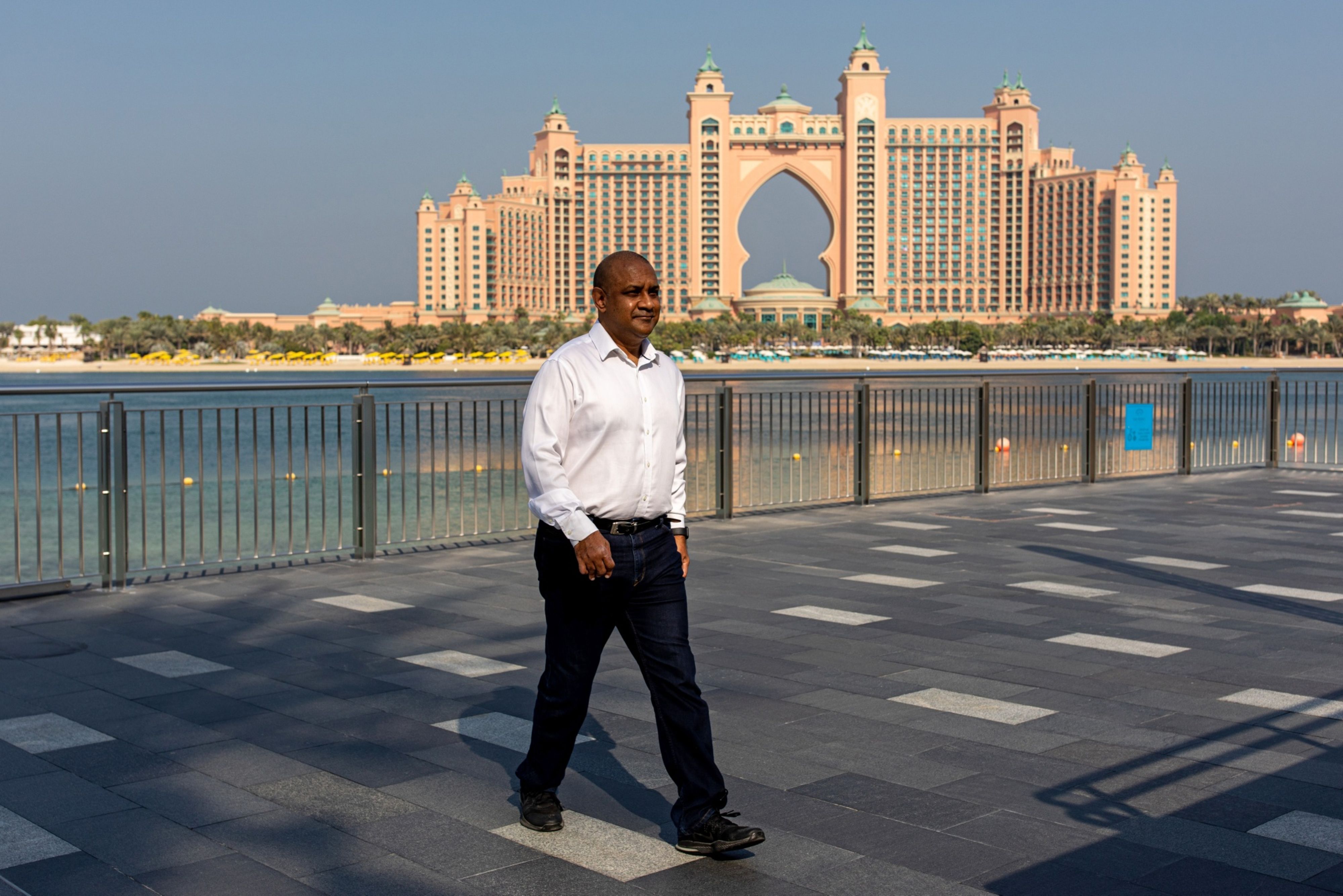 Sanjay Shah walks in front of the Atlantis Hotel on the Palm Jumeriah in Dubai.

The move marks a major escalation for the Danish regulators, who had previously focused on Sanjay Shah, the founder of Solo Capital Partners LLP. Prosecutors have seized Shah’s London mansion and other assets over allegations that he illegally claimed duplicate tax refunds. Shah has denied any wrongdoing.

Cum-Ex transactions took advantage of a now-abandoned method of taxing dividends that seemed to allow multiple refunds through a combination of short sales and other transactions.

The Danish investigation is part of the country’s effort to recoup $2 billion it says should never have been distributed to offshore investors making dividend tax-refund claims. While Germany has secured two convictions and arrested several more former bankers as part of its probe, Denmark has yet to charge anyone.

“We are aware of the Danes upping the ante in its criminal investigation,” said Aziz Rahman, a London lawyer who represents people caught up in the Cum-Ex probes. “Germany has been a lot more ruthless with initiating European Arrest Warrants, but activity in Denmark is now slowly trickling through.”

German prosecutors are also accelerating their probe as they face a looming 10-year statute of limitations.

Prosecutors in the German city of Cologne also declined to comment.